While he is not on VIM editor, he likes watching TV series with his girlfriend, reading and playing tough games. In his teenage years he spent time working on a variety of coding projects and assembling his own computers.

He developed a love for product management 6 years ago, while working on a solution in the mobile productivity space. When not spending time with his family or working on technology, he tries to get out skiing and playing tennis. Prior to working at GitLab, he worked at Gitter transforming the way developers communicate about their open source projects. In his spare time, he enjoys flipping hardware bits on a FPGA and exploring new ways to improve the developer experience. Now living in Berlin, Germany, he's a contributor to the Prometheus monitoring system.

Married with two kids, he spends what little spare time he has tinkering with machine-learning, building contraptions of questionable usefulness. Away from technology, his passions are travel, photography, motorcycling and the great outdoors. Peter has been working in the DevOps space for the past three years. His mission is to capture the customer's vison then bring that vison to reality and help them achieve ultimate success.

In his spare time, he enjoys working on his golf game, playing hockey, and hiking with friends. He also loves traveling to new places and taking in the local culture. Simon is a self-described web worker based in the coffee capital of the world. He enjoys learning languages, and exploring what browsers are capable of. Outside of devtools, he mostly alternates between reading, listening to music, walking his dog, and some light typing. A passionate agilist after years of living in a waterfall world, Adam's professional passion is selling in to and collaborating with Senior Leadership at Enterprise organizations.

His goal is simple - focus on making their teams and company more effective, while empowering them to make and meet their commitments to the business. Outside of work Adam is a family man. Throughout my life I've been passionate about technology and software.

This started when I was 12 years old and my father brought home a Timex computer. That was a major upgrade. All these years later I'm still interested in software. I joined GitLab to help others improve the way they make software. What a great way to make a living. John lives in Colorado "Where the mountains touch the sky and rivers bend" as sung by the a Colorado band called The Samples. John has worked with top-tier companies for agile transformation and DevOps.

In his sparetime, John can be found on an ice rink either playing or coaching his son and daughter who play competitive hockey. Adam has spent the majority of his career history in high-demand healthcare environments and has built a strong set of skills in Support, Systems Administration and DevOps. It is his passion to work on the frontline of large scale distributed web applications and to reduce workload through automation, documentation and process improvement.

Adam feels most at home inside a bash terminal surrounded by open source software. My passion is delivering real business value with measurable results, not just generating software revenue. Focused on spending as much time as possible with family 4 kids and friends. Bob has a keen eye for the good stuff. He's always on the lookout for software that looks nice and gets out of the way.

Since he has been developing web apps and backends in Ruby on Rails that match his own expectations. Preferably on a mech keyboard that sounds as beautiful as it looks. He listens only to the best of books and reads the greatest music or vice versa while roaming between Belgium and Poland. Firm believer in the standing desk, having a beard and learning by living.

At Puppet, he brought in new customers and built a sales team for the Public Sector organization. Paul enjoys assisting government customers solve problems with innovative software. Prior to working with Puppet, He served in a number of sales roles for VMware. He enjoys playing football and basketball, coaching his children's football and basketball teams, and spending his weekends with his family.

Vitaliy is a software developer from Yuzhno-Sakhalinsk, Sakhalin, Russia. Before Vitaliy became a full-time software developer, he administrated Linux systems related to science, banking, and software development. Simon joins GitLab from Workshare, where he helped companies collaborate more effectively with each other. He's interested in helping clients achieve their business goals by leveraging software.

In his spare time, he enjoys family time with his new son, getting out in nature and personal development. Kristen has over 15 years of experience in technology sales and most recently leading a national team selling software and services for agile transformations.

Her passion and mission is to drive customer success through the entire customer journey from early understanding the complex problems companies are challenged with, through implementation, adoption and optimization, but most of all to ensure that our customers receive maximum business value from the GitLab platform with a premium experience. When she is not working she enjoys spending time with her family outdoors in beautiful Colorado.

Based in Ireland, Conor is a sales professional with a wealth of IT knowledge and experience having previously worked in several of the world's largest Tech multinationals. In his personal time Conor is and avid traveller who enjoys exploring new cultures and foods. Chloe has dedicated her career to providing a fantastic customer experience and is excited to help GitLab grow.

Outside of work, she takes a lot of pictures of her cats and watches a lot of television. She attended her first Star Trek convention when she was one-year-old, and it has been a slippery slope ever since. Brent enjoys learning new technology and working with both technical and non technical clients to help solve their problems. Jameson has taken a leap into the tech industry after transferring from newspaper sales.

He is an outdoorsy graduate of IU, a Nintendo fanboy and an animal lover.

Doctor Who's Jenna Coleman returns as Clara Oswald is saved

Tim started building websites professionally 18 years ago as a full-stack engineer. Through his career, he has built online games, Websites, mobile apps for music festivals, and complete online banking solutions. 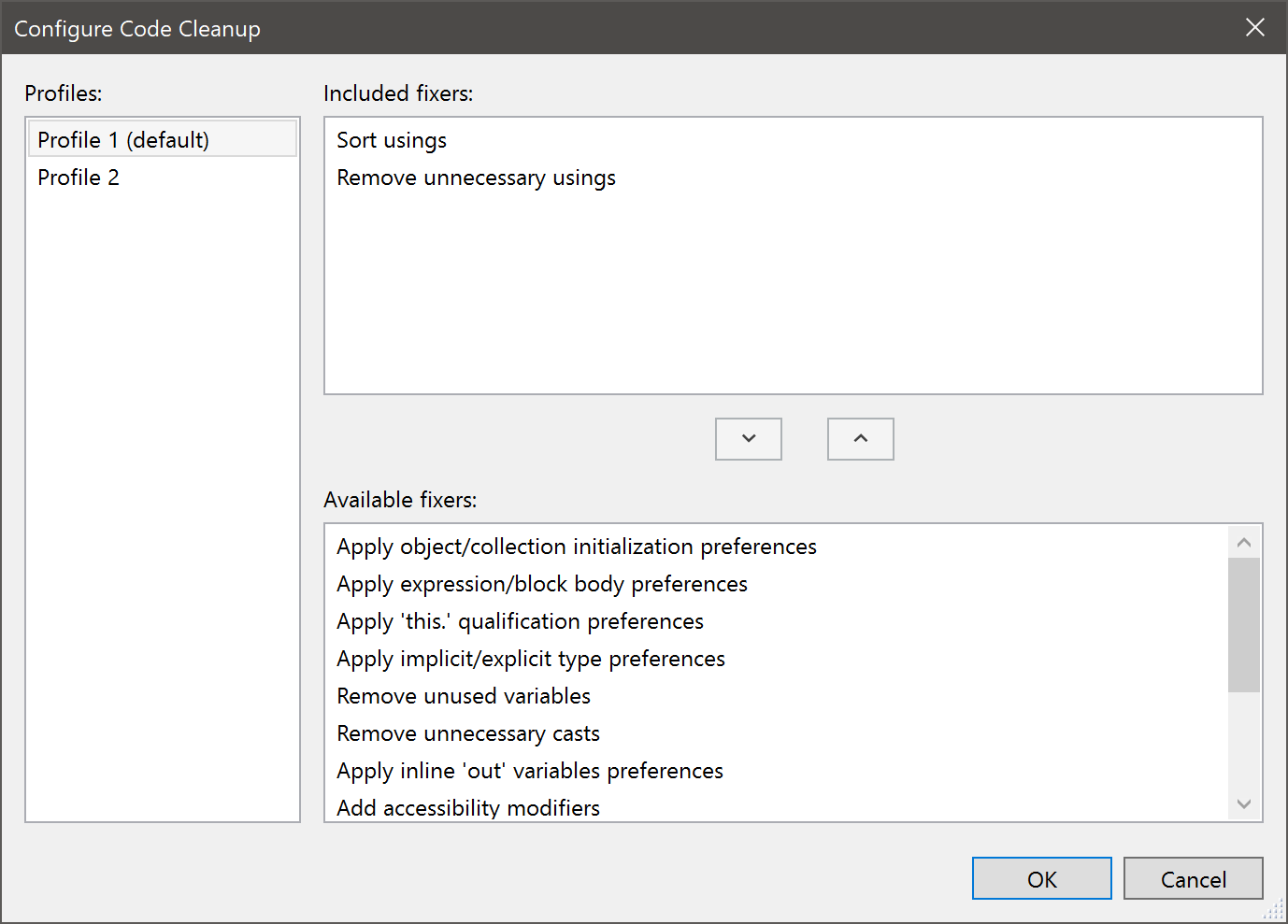 In the last years he focused on Javascript and Unity3D. Tim enjoys hanging out with his wife, playing football, supporting his favorite football club "SK Rapid Wien", doing water sports scuba diving, kayaking, fishing except swimming , and playing video games with friends. Fortunately, he has since switched to Ruby. He strives to leave it better than he found it, whether it is a codebase or the local park.

When Winnie started programming in Turbo Pascal 7 , it was because his games didn't fit on a single floppy disk and he needed to split them. Since then, web development has changed a lot but Winnie didn't lose his interest in it.

In case there is no computer in front of him, he enjoys gardening and playing board games. I have been in software sales for more than 20 years. My responsibility here at GitLab is to generate revenue and help fuel our growth.

I do so by helping enterprises to enhance how they respond to change. I have 3 kids and John is an experienced IT specialist who is passionate about the customer experience. Having graduated with a degree is Political Science and Philosophy, John has done a great job of not putting that to any use.

Outside of work, John is passionate about boardgames, wine, hockey and his family not necessarily in that order. Jeffrey has nearly a decade of experience leading sales teams in developing value add approaches to initiate conversations within target markets and accounts. Chenje is a software developer with a strong passion for sharing knowledge and is always working towards improving ease of access to this knowledge for all.

In his spare time, Chenje enjoys watching a good game of rugby, travelling as well as action sports and wildlife photography. David is also an accomplished ultramarathon trail runner with 31 finishes including M 29hrs! Connect with David at dt gitlab.


Shinya is an Inspection System engineer who is good at hardware integration. He also likes competiting on programming contests. Once he met a tough problem, he won't be satisfied until he has found the solution.

In his free time, he enjoys composing original music and covering famous songs. Curiosity first led Victor to software development, a drastic but happy change early in his career path.